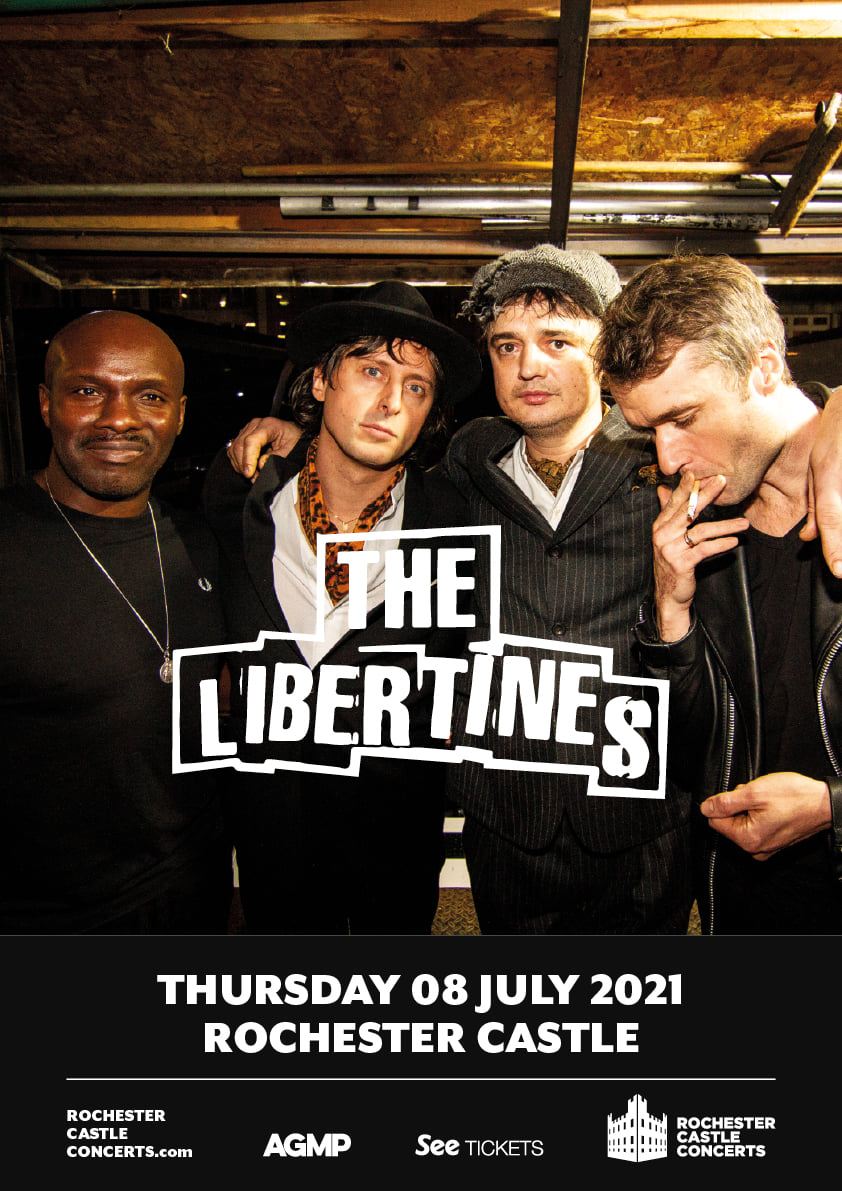 The Rochester Castle Concerts is pleased to host three nights of incredible live music this summer.

Led by iconic frontmen Carl Barât and Peter Doherty, The Libertines burst onto the music scene in the early 2000s and proceeded to change the face of British indie music with their potent mix of charisma, attitude, imagination, unpredictability – and incredible tunes. Signing to Rough Trade on the strength of just one gig, they released their seminal, Mick Jones-produced debut album ‘Up The Bracket’ in 2002, widely considered one of the best albums of the 2000s. Again produced by The Clash legend Mick Jones, the #1 second album ‘The Libertines’ followed in 2004.