Introduction to Cuffay & Chatham Exhibition
In July 1870 William Cuffay died in Hobart, Tasmania Australia. He was 82 years old, a tailor by trade and was born in Chatham. How did he end up there and why is he remembered today, 150 years later? This brief exhibition aims to answer that question. 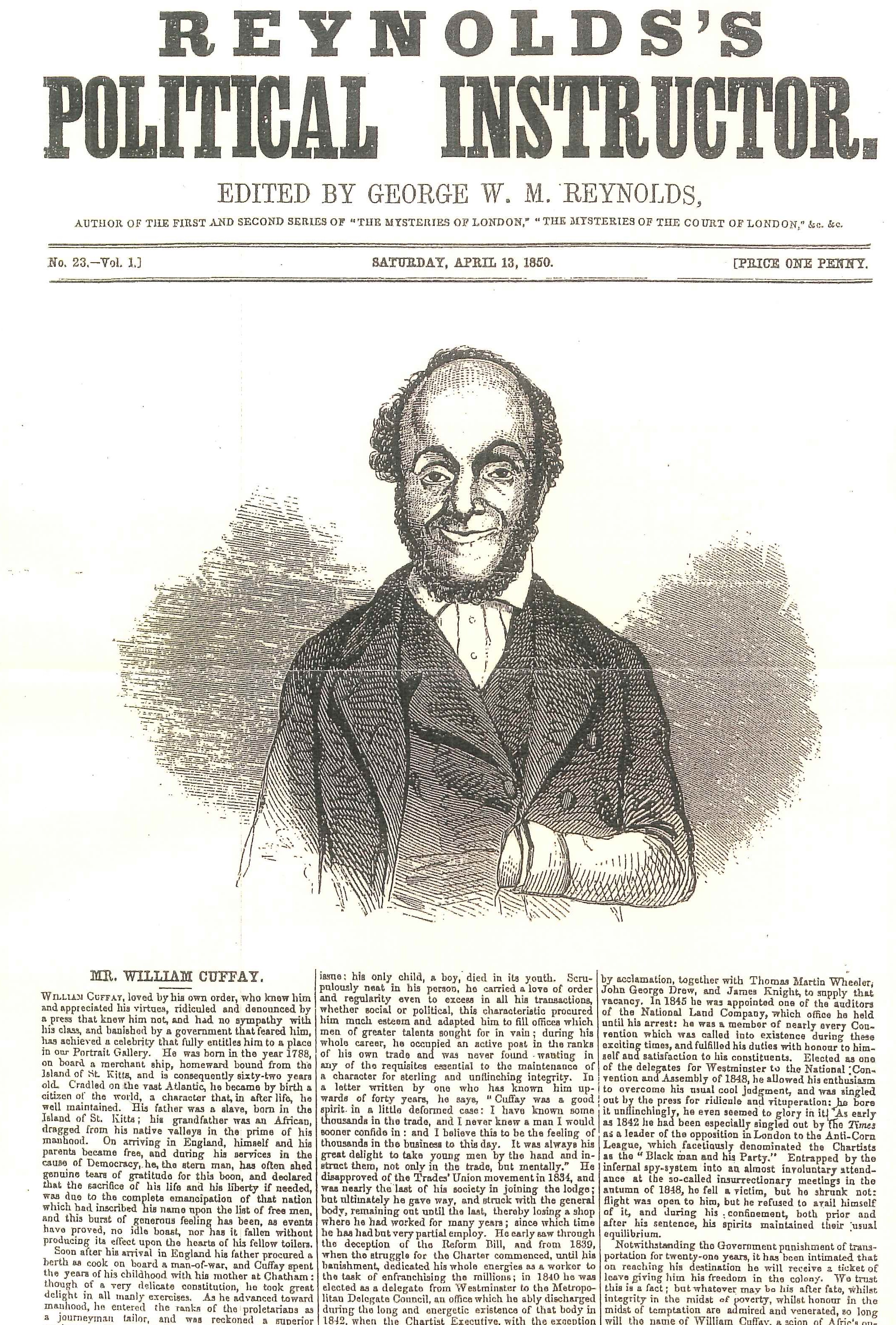 William Cuffay talk by Dr. Jeremy Clarke
Talk by Jeremy about local black man William Cuffay, a son of a freed slave that played an important role in the struggle for democracy in Britain.

Chatham Cuffay
William Cuffay’s father, known as Chatham Cuffay, spent his early years in St. Kitts. His parents were possibly former slaves who had been freed but their son Chatham Cuffay was certainly never enslaved.  He emigrated to Medway from St. Kitts in 1772 with his mother. He was about 17 years old at the time. He was baptised in February 1772, soon after his arrival, and in 1779 found employment at Chatham Dockyard.

In 1786 Chatham Cuffay married Juliana Fox who was probably a local woman. They had 5 children, William was the oldest. He was born in 1788 and baptised at St. Mary’s in Gillingham on 6 July that year. 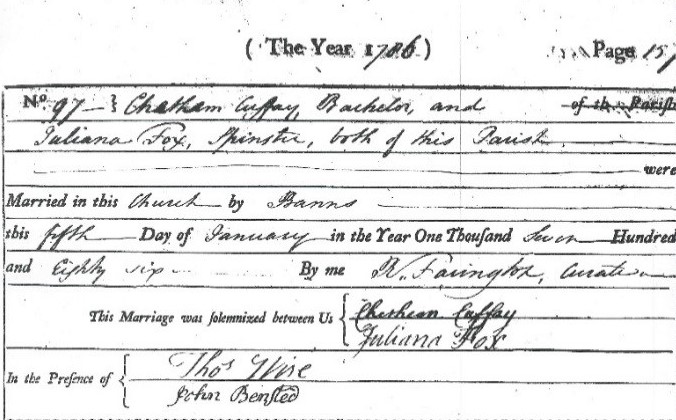 Dockyard Connection
Records of Chatham Dockyard confirm that William’s father Chatham Cuffay was employed there from July 1778 until August 1798.  He was probably a cook and worked on one of the 4th rank sheer hulks moored in the Medway. From October 1780 he served on board the yacht HMS Chatham. This is probably where he got his first name Chatham from. 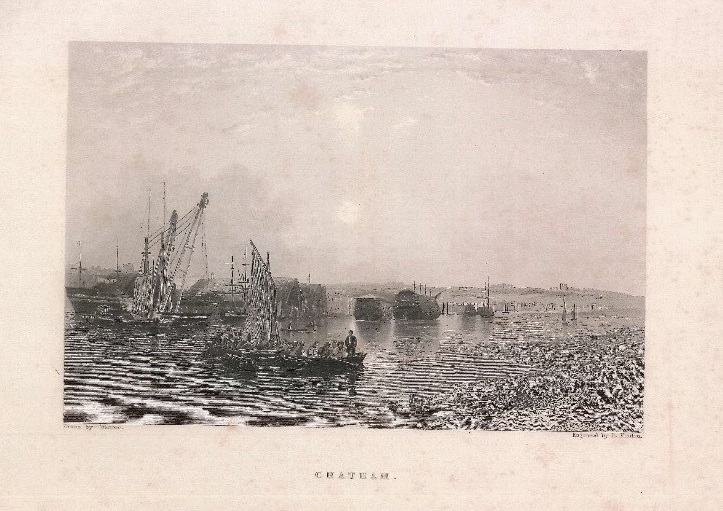 Apprentice Tailor
William Cuffay grew up in Chatham. At around 12 years old he was apprenticed to a local tailor, probably Acworth and Matthews, whose premises was on the site of no.7 High Street. This is shown on the map below. Normal apprenticeships lasted for 7 years, so at the age of 19 he was a fully-fledged tailor.

A short time after William left to work in London this shop was damaged in the Chatham fire of 1820. 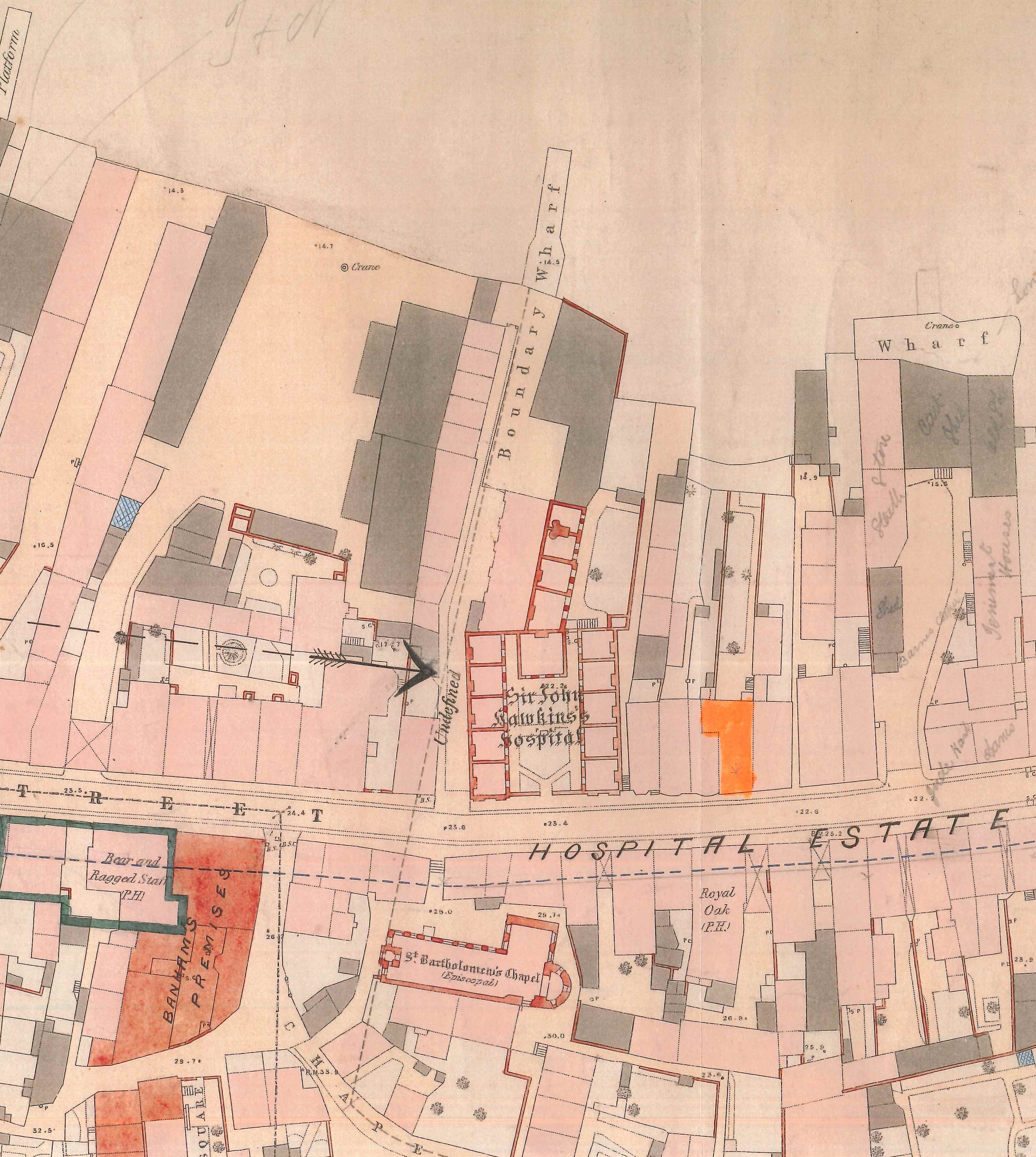 To London and Beyond
William left Chatham and carried on working as a tailor in London. He married Ann Marshall at St. Martin in the Fields on 24 May 1819. Sadly the marriage was a short one, as she died soon after.

He married his second wife Ann Broomhead at St. Martin in the Fields in February 1825. Their only child, a daughter, was born in April 1826. She was named Ann Juliana Cuffay. The fact that they returned to Gillingham for the baptism shows that William still had a strong family connection to the Medway Towns. Ann died shortly after this, and in May 1827 William married for a third time. His wife Mary Ann Manvell was a straw hat maker.

Unrest and Protest
In the early 19th century working conditions for most ordinary people were poor and individuals had few of the rights that we take for granted today. Workers were without representation in Parliament and faced prosecution if they tried to raise their objections. Attempts to organise and speak together were made by workers groups as the effects of mechanisation led to underemployment or inadequate pay. The Luddites, the Tolpuddle Martyrs and the first trades union – the Grand National Consolidated Trades Union (GNCTU)  were all destined to fail when the law was so biased against them.

It is against this backdrop that William Cuffay became actively involved in protests. In 1834 he took part in the general strike called by the GNCTU. He had joined the protest at the last minute, having previously argued against such action. He was blacklisted for his involvement, which made it hard for him to find work thereafter. He was easily identified at a time when there were so few black tailors.

The Chartist Movement came to the fore in 1838 with its People’s Charter had six aims:

The Metropolitan Tailors’ Charter Association, of which William Cuffay was a member, voted to support the People’s Charter. In 1839 he was elected as Westminster delegate to the Metropolitan Delegate Council and he chaired a ‘Great Public Meeting of the Tailors’ in February 1842. After the arrest of leading Chartists later that year Cuffay became the interim president of the movement.

He was regarded as a militant and The Times of the day described the London Chartists as ‘the black man and his party’.

He did not back down and his involvement in the Chartist movement increased.

In 1848 there was tremendous anxiety and agitation as waves of unrest swept across Europe and beyond, and the authorities feared that Britain was on the brink of an uprising like that seen across the Channel in France. Against this backdrop the Chartists held a convention to press home the demands of the People’s Charter.

They had intended to march on Parliament, but this was abandoned when faced by an overwhelming force of special constables and soldiers organised by the Duke of Wellington. The events of the day were reported widely.

Trial and Aftermath
William Cuffay and a small group known as the Physical Force Chartists had not given up. They formed an ulterior committee to put into practice their belief in direct action. It was this that led to his arrest on 16 August 1848.

The charge against the 6 indicted chartists was that they ‘did imagine, invent, devise and intend to levy war against Her Sovereign Lady the Queen, within that part of Great Britain called England, in order by force of arms to compel her to change her measures and Government’.

They were all found guilty after a 5 day trial in September 1848. They were imprisoned in Wakefield for a year and then transported to Hobart on the prison ship Adelaide, Australia.

Cuffay’s sentence was reduced to banishment after the intervention of influential friends. In 1856, all political prisoners in Tasmania were pardoned, but he decided not to return to Britain and lived out the remainder of his days in Tasmania where he was held in high regard. He died 150 years ago on 29 July.

William Cuffay was a free thinker, an intelligent and brave man. He worked and suffered for the furtherance of the rights and privileges which we take for granted today. 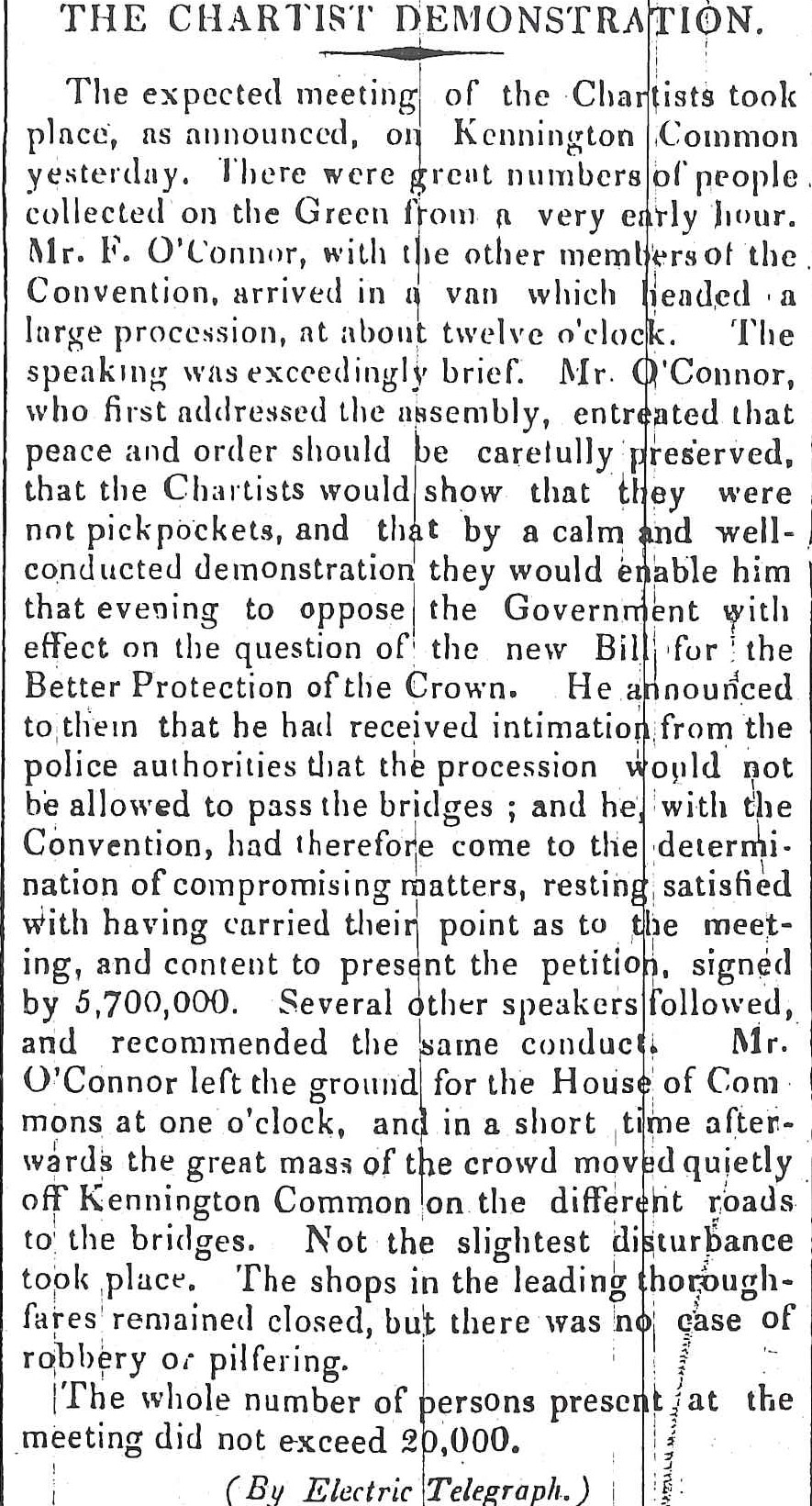 More resources
If you’d like to find out more about William Cuffay and other black people in Medway we have some additional resources for you to explore at Medway Archives Centre. Email us at [email protected].